The Portes Du Soleil is open for summer 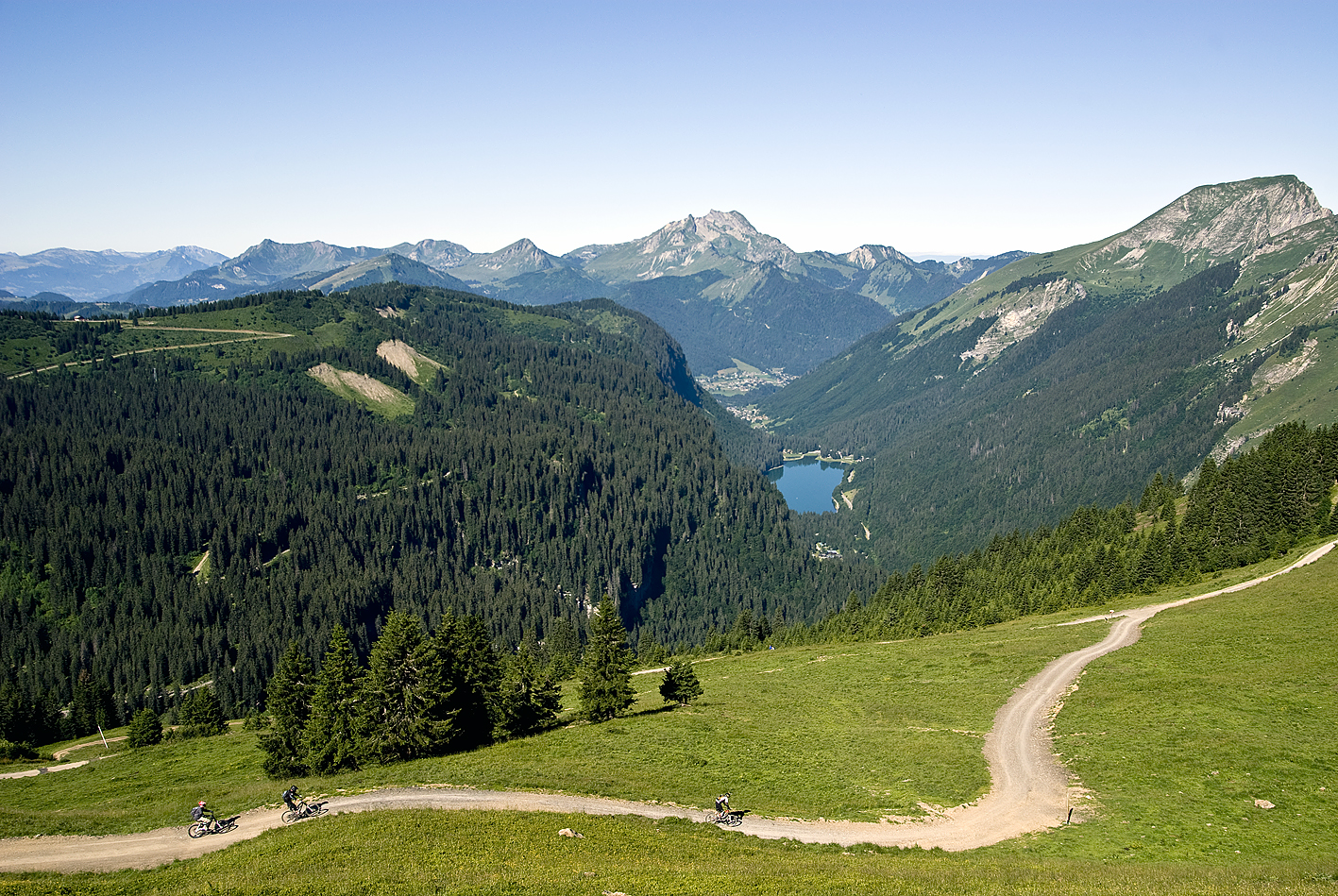 From the tenth of June Les Gets opened full time, including Mt Chery as well as the Chavannes and Nauchets. In Morzine the Pleney opened as well. These lifts will all be open till the third of September. Super Morzine and Lindarets opened on the fourteenth of June. Chatel was also open from the fourteenth but closed the following week to get ready for the Passeportes event.

From the twenty third the remaining lifts such as the Mossettes and Serrausaix opened to provide access to all the slopes of the Portes Du Soleil, including those over the border in Switzerland around Morgins and Champery.

The Crankworx mountain bike event came to Les Gets from the fourteenth to the eighteenth of June with slopestyle, downhill and pumptrack events attracting some of the finest mountain bikers in the world. The pump track is still open at the bottom of the Chavannes and is free to use. A plastic pump track has also been built in Morzine next to the skate park.

The Passeportes Du Soleil event, which really kicks off the start of summer, features fifteen lifts and eighty kilometres of runs as riders race to get around the whole Portes Du Soleil area in just one day.

The Portes Du Soleil is the largest bike park in Europe and amongst the largest in the world. It spans twelve villages, in France and Switzerland, and has six hundred kilometres of runs and nineteen lifts. There is something for everyone to try, no matter what their ability. There is plenty of enduro, downhill and cross country allowing bikers to explore the area however they like.

Ninety thousand people come to the Portes Du Soleil every summer specifically to ride mountain bikes, with terrain going from rocky mountain tops down through dirt and root filled woodland and finishing by cool mountain streams.