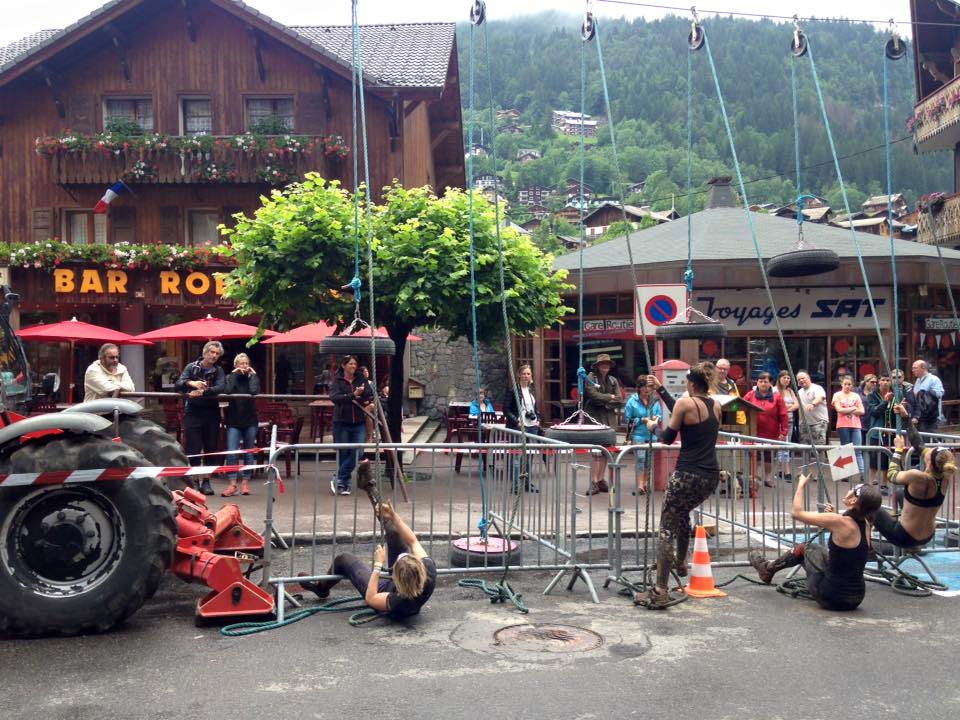 At the start of July one of the toughest races in France is held in Morzine, with obstacles throughout the town and on the mountain itself. The Reebok Spartan Race Morzine is one of a series of races that take place worldwide.

In 2007 Julian Kopald, Andy Weinberg and Joe De Sena founded Peak Races, which went on to found the Spartan Races. The name comes from Julian Kopald’s pet Llama Spartan. The first race was held in Vermont in 2010. In 2013 Reebok became the principal sponsor of the events and the series was renamed the ‘Reebok Spartan Race Series’. The Spartan is seen not so much as a race as a way of life – a solution to training, eating, thinking and living, with guidelines for training and nutrition.

Following the success of the 2016 event (despite the rain), the race is set to return for another year. This year the event will feature three different races as well as a junior event. The events taking place are The Sprint, The Beast and The Super.

On the following day The Super takes place. This race is thirteen kilometres long and features thirty obstacles.

The race is a team event. Teams can have as many competitors as they like but they must have at least four people per team.

It’s also a great event for spectators with large parts of the race taking place in town itself, including a section along the Rue Du Bourg, along the Dérêches and even in the river. The beast features an altitude gain of approximately thirteen hundred metres whilst the super features a gain of around eight hundred metres. Competitors come from all over Europe, with last year’s Beast Race and Super Race both being one by Italian competitor Eugenio Bianchi.

Entry costs between forty nine and ninety euros and is open till the end of June. It will still be possible to enter on the day of the race, depending on the availability of places.