Snow Report For The Opening Weekend 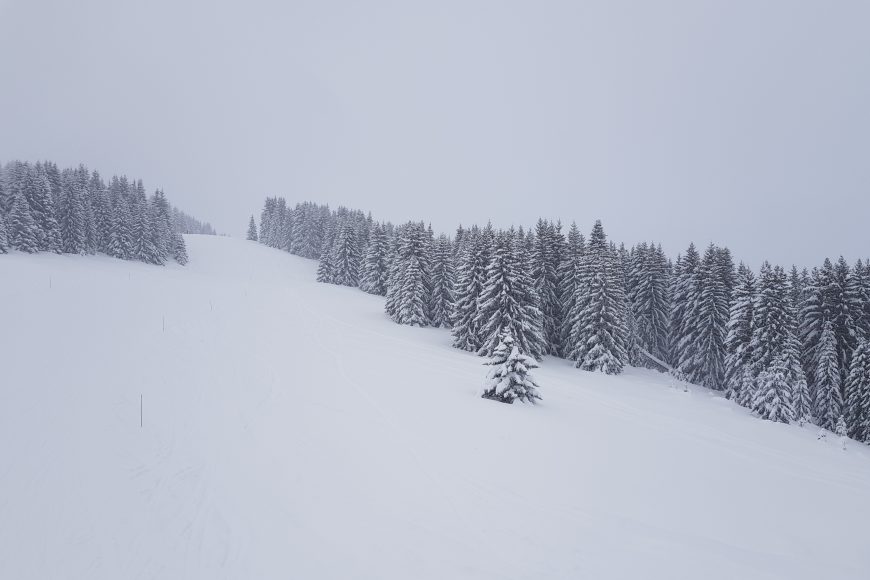 Despite early openings over the previous couple of weekends, this past weekend saw the official opening of Avoriaz, with parts of Morzine, Chatel and Les Gets also opening.

There is now a great base all over the mountain, ranging from one hundred centimetres on the lower slopes to one hundred and forty centimetres higher up. The snow kept falling for most of the week and the temperatures stayed low, meaning that plenty of snow has accumulated.

In Avoriaz the link to Pre La Joux is now open from Lindarets, and Super Morzine, Arare, Lindarets, Ardent and Fornet are all open. Work has begun on the Chapelle park and the Stash is already open.

The Pleney and Nyon sides opened a week earlier than expected for the weekend, including the Belvedere lift providing access to Les Gets which is now mostly open. They will be open full time from next week, when Mt Chery will also be opening, and conditions on that side look perfect.

The heavy snowfall, as well as high winds, have meant that the avalanche risk is currently at four out of five, so caution is advised when skiing off piste.

The weather looks as though it is going to clear up for the rest of the week, providing excellent skiing conditions.

The link over to Switzerland via the Mossettes chair should also open this coming weekend (although high winds can lead to the lift being closed), which will open up the possibility of skiing the entire Portes Du Soleil circuit.

Visibility has been poor during the recent snowfall , with the trees providing the best visibility and most people gravitating to Lindarets and Super Morzine. The sunshine that is currently forecast for the second half of the week will bring with it much better visibility and provide the best opportunity to explore all the fresh snow.

Considering that this time last ear Mt Chery was open for mountain bikes and many other areas such as Pleney and Super Morzine had little to no snow cover whatsoever things are looking completely different this year. The lift company have done an excellent job to clear the pistes and ensure the mountain is as safe as possible for skiers.