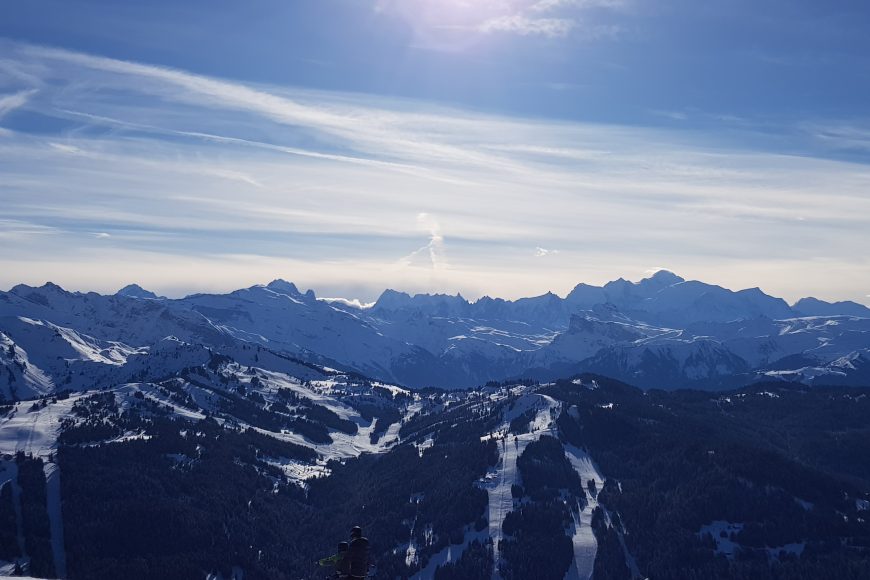 We are just days away from the busy half term holiday period and the crowds descending on Morzine. The slopes are already getting noticeably busier, but what is the snow like at the moment?

Last Thursday, the first of February, there was approximately twenty centimetres of snow throughout the Portes Du Soleil. Whilst this wasn’t a huge amount, it was a much needed addition to the existing snowpack. Due to the rain in January followed by warm then cold weather the snow had become somewhat icy. There was still a good amount of snow on the slopes – between two and three and a half metres – but the top layer was not in the best condition. The extra thirty centimetres has improved things vastly, and there is now a good layer of hard packed powder on the pistes.

The higher areas, such as Arare and Fornet, have some of the best snow at the moment. Unlike the storms in January this snowfall was not accompanied by high winds, meaning that the snow in the higher areas could settle. By now the off piste is tracked out, but the added snow from last week meant that there was some good off piste riding during the day on Friday.

Due to the excellent snowfall so far this season, the Chapelle and Super Chatel parks opened early and work continues on them to keep improving them. There are two half pipes in Avoriaz, including a beginner’s half pipe.

The weather at the moment Is very variable, going from beautiful sunshine to overcast. There is currently no snow on the short term forecast but it looks as though there could be snow on the way next week. The current forecast suggests that there will be light flurries at the weekend followed by heavier snowfall in one week’s time, although long term forecasts are not always accurate.

There is currently enough snow on the pistes to keep everyone happy and virtually the entire ski area is open at the moment, meaning that everyone can get around and explore all the areas of the Portes Du Soleil. It also means that it is possible to get away from the crowds to some of the quieter areas of the Portes Du Soleil when things get busy for the next few weeks.