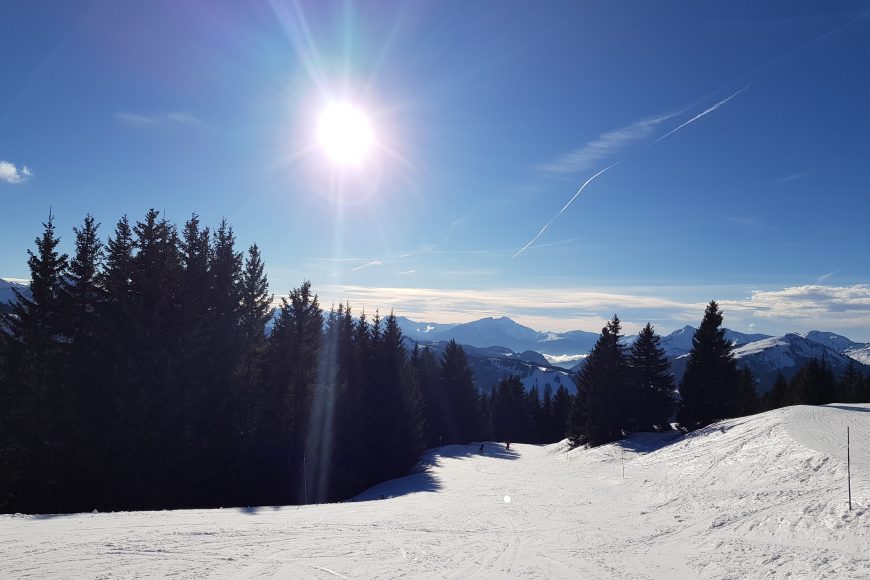 The first week of January has been and gone, the New Years crowds have thinned out and it is getting quieter on the slopes. So what kind of condition are the slopes in at the moment?

After an excellent start to the season, with plenty of snow falling throughout December, things have changed drastically in the past week.

On Wednesday the third Storm Eleanor hit town with dramatic effect. The entire resort was shut down for the day with high winds meaning it was too dangerous to open any of the lifts. The following day most of the resort reopened, although it was still deemed too unsafe to open the higher areas of Arare and Fornet, which fully opened on the Friday.

The storm also brought heavy rainfall throughout the resort which has severely affected the condition of the snow. The avalanche risk shot up to a maximum five out of five, meaning it was incredibly dangerous to venture off piste. Signs of avalanches are all around at the moment and in some areas the snow has been completely stripped away from the mountain. The avalanche risk has since dropped to two out of five.

Although the rain has led to significant amounts of snow being washed away things are not as bad as they could be. Before the storm hit the snow depth was over two metres, which meant that even with the rain fall there is still plenty of snow.

On the lower slopes the snow depth is still over a metre and higher up it is still over two metres. Some areas have suffered more than others – there are some patches on Nyon which are looking particularly bare, for example. There has also been some debris from trees on the pistes.

When the temperature drops the slopes can become very icy – high on Fornet was particularly icy at the weekend, as were the shaded slopes of Lindarets. The temperature has gone up now however, and conditions could best be described as slushy.

There is currently light snow forecast for this coming week with more hopefully coming at the start of next week, although a forecast that far in advance can never be completely accurate.

The rain has certainly affected conditions, but things could have been worse. The high snowfall of December has saved the day and hopefully a fresh dump of snow is on the way to get things back on track.