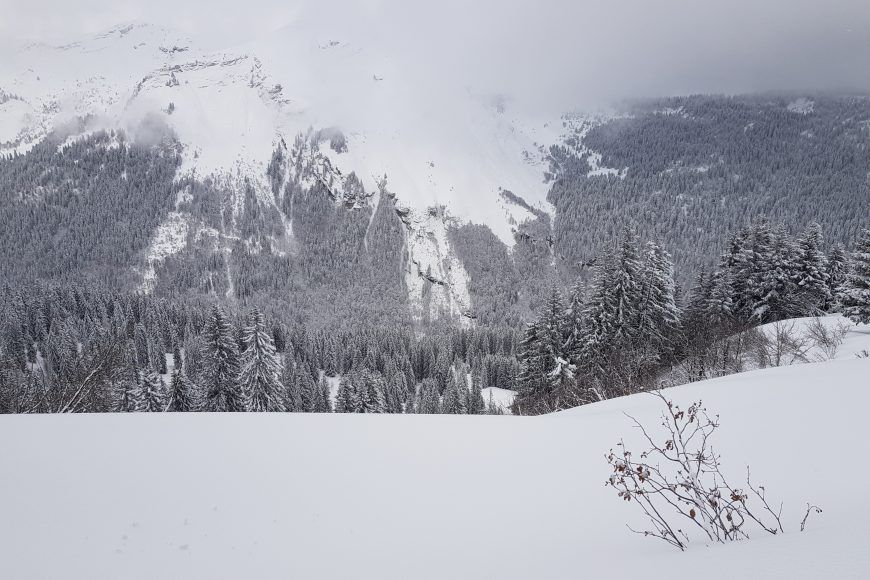 We are nearing the end of the Christmas week now and snow conditions were excellent throughout. The week started sunny with hard packed pistes and the general feeling was that, despite an amazing December and the fact that it was nice that the sun had come out, the mountain could do with a top up. It wouldn’t be a long wait, however.

On Boxing day the clouds came in again and by Wednesday it was snowing heavily again. There were some high winds along the way but the snow kept coming throughout the day. There was some respite on Thursday but generally it kept coming during the day. Friday started off with some sun before the clouds came in again and some more snow fell, although not as much as the previous two days. Overall there has been around fifty to sixty centimetres of snow over the past three days. This added to the already impressive snowfall for December. This time last year there had been no snowfall for the whole month so it is an incredible improvement. More snow is expected over the next few days, possibly between forty and fifty centimetres with the majority falling on Saturday.

The entire mountain is open now meaning that it will be possible to escape to Mt Chery or Torgon for some peace and quiet during the very busy New Year period before things quieten down for the rest of January. The pistes are all in great condition but when the weather closes in the best visibility can be found in the trees, particularly on the Pleney, Super Morzine and Lindarets.

Due to the continued cold temperatures the snow that has fallen will not be melting any time soon, and it has also allowed the resort to stock up on artificial snow, although if the winter continues as it has started then there won’t be too much necessity for it. There is currently one hundred and seventy five centimetres of snow on the lower slopes and two hundred and forty on the higher slopes.

The Stash park, as well as the Mini Stash and the Chapelle and Super Chatel Parks are now open.

The more easily accessible powder is getting tracked out quickly and, with an avalanche risk currently at three out of five, it is important to take care when venturing further off piste.

Overall, conditions continue to be some of the best that the Portes Du Soleil has seen for a long time!