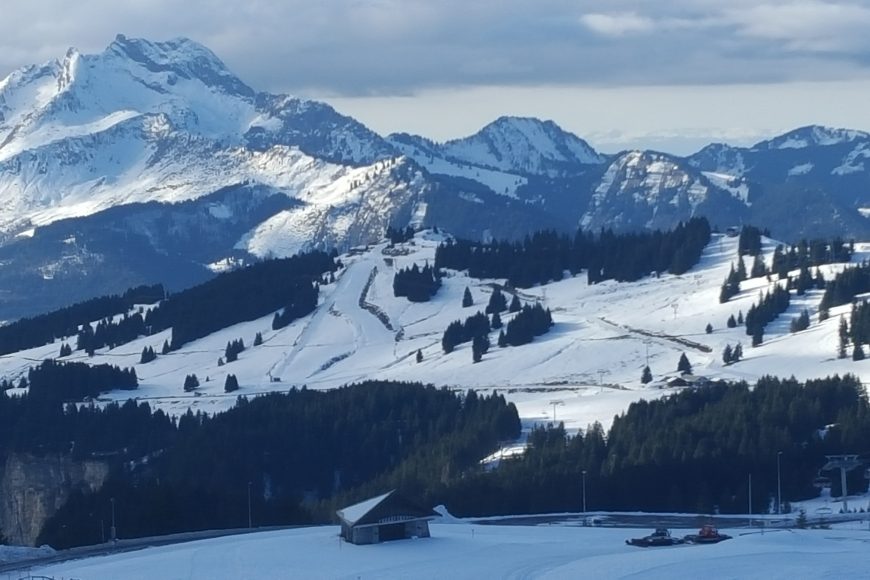 Winter has well and truly arrived in the Portes Du Soleil, with plenty of snow and early openings for some of the ski areas. This hasn’t happened for a number of years, so it’s a sign of just how much snow has fallen!

Champery/Les Crosets was the first area to open, with the cable car and one chair lift opening between nine AM and four PM for the weekend and following weekends. The Foilleuse area is schedule to open on the fifteenth of December along with Morgins and Champoussin.

Avoriaz, as the highest village in the Portes Du Soleil, was the obvious choice for an early opening. The Arare and Lindarets areas had a partial opening weekend on the second and third of December, with the official opening date two weeks later on Friday the fifteenth of December. For the ninth and tenth more lifts will be opening in Lindarets, including the Brochaux chairlift and the Ardent bubble opening. Chaux Fleurie will also be opening, meaning that it will be possible to ski over towards the Chatel ski area.

Chatel also had a partial opening on the second and third of December with the Rochassons and Pierre Longue chairs opening in the Pre La Joux area. For the weekend of the ninth and tenth the Pre La Joux, Chaux Des Rosses, Cornebois and Combes lifts will be opening. The full area is scheduled to open on the twenty third of December.

Likewise, The Pleney in Morzine was initially scheduled to open on the sixteenth of December but the decision has now been made to open early for the weekend of the ninth and tenth of December as part of the Winter Start event.

The Roc D’Enfer ski area adjacent to St Jean D’Aulps is now open at weekends. It will fully open on the twenty third of December.

The links between all the resorts of the Portes Du Soleil are scheduled to open on the twenty third of December allowing easy access between the all the areas, as well as allowing skiers to cross the border between France and Switzerland and complete the full Portes Du Soleil circuit.

Opening dates are always subject to change, and in previous years they have had to be pushed back due to a lack of snow. The opposite has so far been the case this year, with excellent snowfall and early openings. Hopefully it is a sign that it will be an epic winter in the Portes Du Soleil!