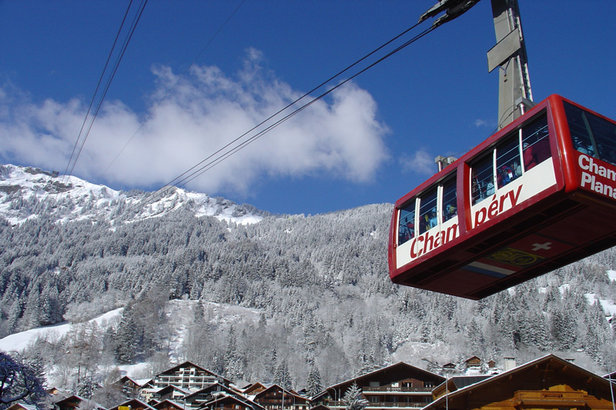 Next Friday, the twelfth of January, will see Champery host the inaugural Portes Du Soleil Football Tournament as part of the Karembeu Indoor Trophy. The tournament will take place at the Palladium in the prescence of retired French International footballer Christian karembeu, who is now also the strategic advisor for Olympiacos FC football club.

A number of famous footballers will join him for the tournament, as well as spending a few days in the Portes Du Soleil discovering the area. Some of the footballers so far confirmed for the event are Robert Pires, Eric Abdial, William Gallas and Nuno Gomez, with other names possibly joining them. These are obviously a selection of very well known former professional footballers, and it will be interesting to see how they fare with skiing in the area! It will also be a unique opportunity to see them up close playing football.

A number of games will take place over the course of the weekend including an exhibition match between the Karembeu team and a Swiss team.

The tournament will take place on January the twelfth at the Palladium, with twelve teams representing the different resorts of the Portes Du Soleil.

It is a five aside tournament, with each team also allowed up to five substitutes. The teams are open to anyone who wishes to compete for the glory of their home resort. There will also be a Raclette dinner for all the teams at the end of the tournament.

The schedule for the event on Friday the twelfth of January is as follows:

The tournament will take place between one thirty PM and six PM, with the final game starting at five thirty PM.

The evening Raclette meal will start at eight PM and continue into the night till midnight.

Hopefully this event will be a huge success an will continue for many years to come!