New Developments For Pleney And Nyon 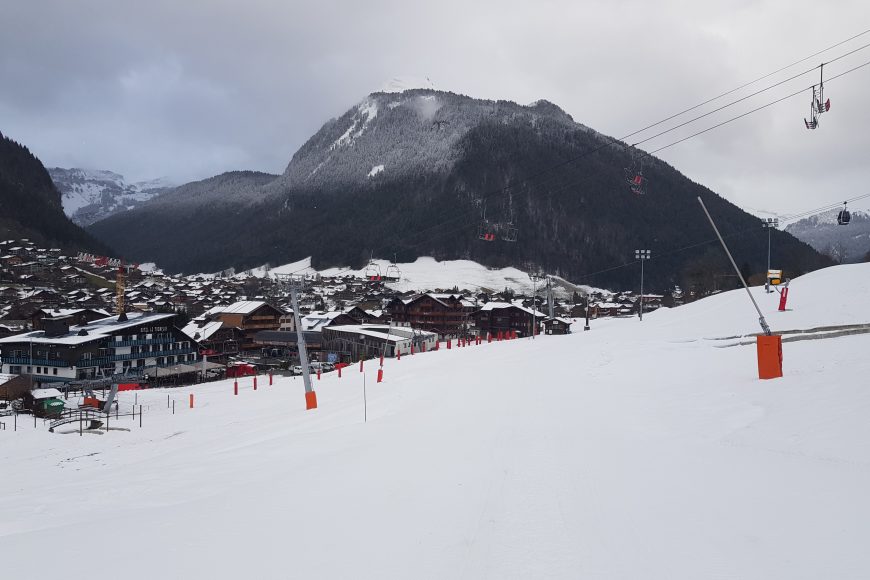 There have been a number of new developments around the Pleney and Nyon areas of Morzine in preparation for this coming winter. This are aimed at improving the overall experience for those skiing in the area.

Over summer a number of trees were removed in order to widen the existing pistes to avoid areas where they become too narrow, leading to dangerous conditions when the mountain is particularly busy. The pistes have been re planned to ensure that they will be as safe and enjoyable as possible.

Work began last year to improve the link between Nyon and Pleney, as the Granges piste has always been a problem due to the fact that not only is it flat but it actually goes up at some points, making the return to Morzine hard work! Last year it was flattened off and improvements on the link have continued this year.

In Nyon an intermediate station has been added to the Pointe De Nyon lift. The cabins on the Nyon gondola have also been upgraded. A completely redesigned board park is also opening this winter, as the area looks to promote itself with snowboarders. This will also include a redesigned boardercross course.

On Pleney the Tapis beginner area has been completed.

Seven hundred thousand euros have been spent improving snow making facilities in the area. Lack of snow has been a serious problem for the last couple of winters, so this is a necessary development to ensure snow cover throughout Nyon and Pleney, although at the moment it looks as though it might not be needed this winter thanks to an excellent start!

For anyone who has ever wanted to see what is involved with making snow, it is now possible to visit the snow making facilities towards the bottom of Piste B on the Pleney to learn how it is made.

At the top of the Pleney gondola the Snack du Pleney restaurant has undergone a facelift. Since 2016 the kitchen has been rebuilt, the front of the restaurant has been completely redecorated and a new bar has been added.

The Morzine lift company continues to look at ways to improve the experience of visitors and maintain the quality of skiing which keeps people coming back year after year. In challenging times they look for new ways to keep skiers and snowboarders happy.