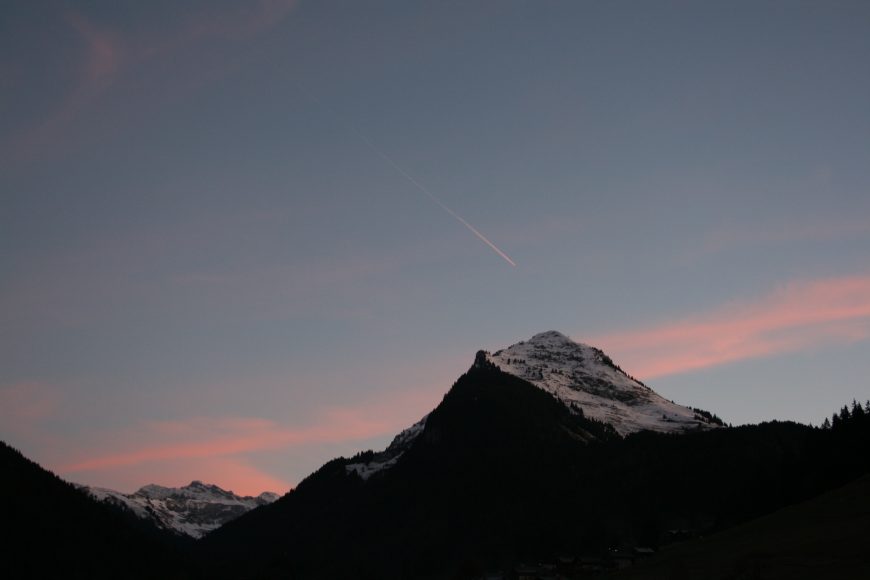 Morzine Avoriaz is one commune with two very different villages. Morzine and Avoriaz are two of the most well known ski resort towns in the French Alps. They feature prominently in the history of French skiing, as well as European snowboarding and are amongst the most popular destinations for British skiers, snowboarders and mountain bikers.

Morzine is a traditional mountain village with a history stretching back over a thousand years. Tourism came to the town in the nineteenth century, providing an infrastructure that allowed it to fully take advantage of the burgeoning ski tourism industry in the early twentieth century, with hotels and amenities already in place. The first ski lift on the Pleney opened in the nineteen thirties an the town has continued to grow an prosper since.

Avoriaz is much younger, having been built in the nineteen sixties. Whilst Morzine is nestled amongst Alpine woods, Avoriaz sits atop an imposing cliff face, looking down the valley to Morzine. Avoriaz grew up out of the vision of one man – Jean Vuarnet. Where Morzine is traditional, Avoriaz is avant garde, modern, even futuristic.

Morzine is a village that embraced the first generation of Alpine skiing, Avoria was built to accooate the third generation of the sport.

The two separate towns are now part of the same commune – known as Morzine Avoriaz. This acknowledges their shared history and their future together, in partnership with one another.

Both towns still maintain their own unique identity yet working together they can plan for the shared future. Whilst they will still maintain their own Tourist Office, both will work in partnership with one another to maximise their potential and work in harmony to ensure the best possible experience for holiday makers as well as maximising the potential of each town.