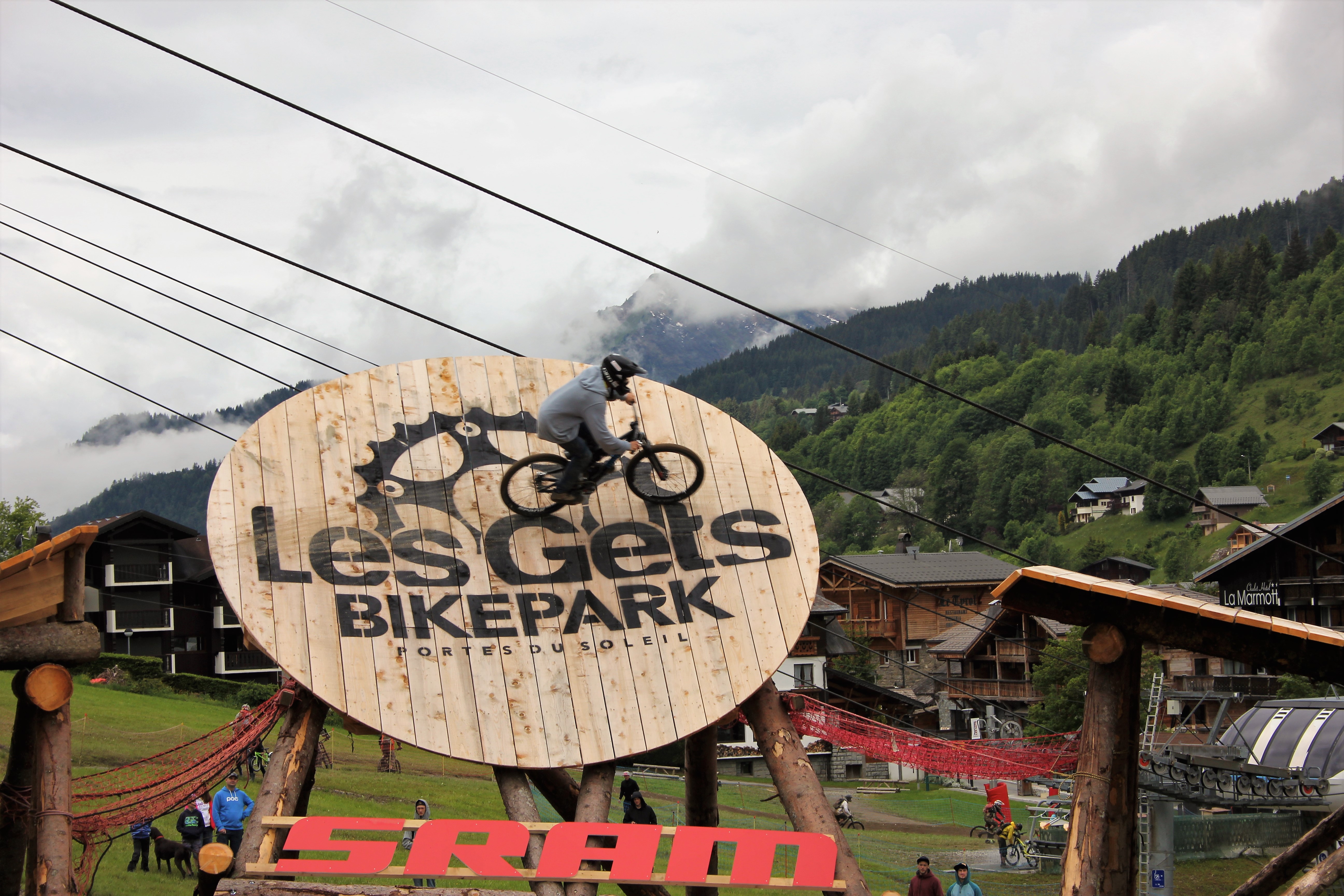 The Portes Du Soleil is a world famous mountain biking destination with terrain that offers something for all abilities and disciplines. As such it is an ideal place to host one of the stops on the Crankworx tour.

The Crankworx Mountain Bike Festival began in Whistler, Canada, in 2004. It has since grown to include a New Zealand event at Rotorua and a European event, which was initially held in Les Deux Alpes but has since moved to Les Gets. This year a second European date has been added in Innsbruck, Austria, shortly after the Les Gets event. Crankworx features a variety of events on the mountain as well as live music events in town during the evening. The Les Gets event takes place in mid June – This year it runs from June 14th to June 18th.

Crankworx attracts some of the biggest names in mountain biking to compete in a number of different events.

The Official European Whip Off Championships – Taking place on one of the jumps built at the bottom of the Chavannes lift the whip off championships is the opening event of Crankworx and rewards the man and woman who can perform the most impressive whip on the jump.

Dual Speed And Style: This event mixes freestyle and dual slalom events. As well as trying to get to the bottom of the course in the fastest possible time, riders are also rewarded with seconds off their time for the most stylish run.

Mini Bikes Challenge: This fun event features racing on bikes that are no larger than twenty inches.

Pump Track Challenge: The Pump Track Challenge takes place at the bottom of the slopes in Les Gets on a specially built track. Two riders race around the track. With only one pedal stroke allowed, riders must use the terrain to ìpumpî their way to victory.

E-Possible Climb: The E-Possible Climb highlights the growing popularity of E-Bikes. Competitors race to get up the course using their electric bikes.

Slopestyle: The big event that draws the largest audiences, Slopestyle is also the only event broadcast by Redbull. A course is purpose built at the bottom of Chavannes with a large drop followed by a succession of jumps and wall rides with the largest jump saved for last. From the spectatorsí point of view this is the most spectacular event to watch.

Downhill: A traditional downhill mountain bike race taking place on the Mt Chery side of Les Gets, which has previously hosted the mountain Bike World Championships in 2004. World cup racers give it their all on a specially built track.

Air DH: The Air DH event is a downhill race that takes place on the Dans LíGaz black run on Mt Chery.

VIP Ride With Loic Bruni: Only open to twenty lucky riders, this event offers the opportunity to ride with the Mountain Bike World Champion.

Light On MTB: A non riding event that showcases some of the best mountain biking films of the previous year.

Cheese Rolling: A new event that celebrates the cheese making history of Les Gets, competitors chase a wheel of cheese down a slope.

Concerts: On the Friday and Saturday there will be live music in town.