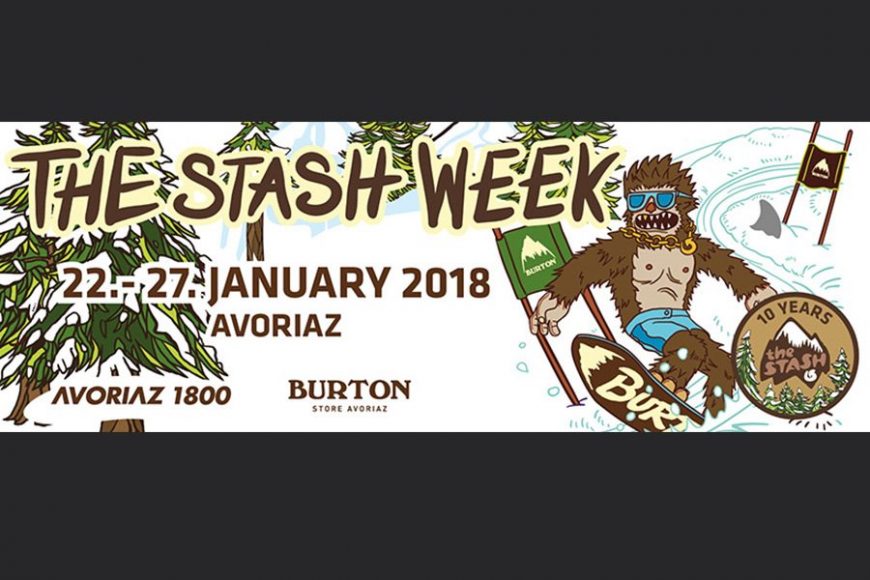 This week has marked the tenth anniversary of the Burton Stash snow park in Avoriaz, with a number of events laid on in and around The Stash, in conjunction with the Burton store in Avoriaz, to celebrate.

The Stash park is located below the Prolays lift in Avoriaz, hidden amongst the Lindarets trees.

Sponsored by Burton Snowboards, the Stash was the first ecological snow park in Europe, following on from the original Stash park in Northstar, California, which opened in 2006. Burton Company founder Jake Burton chose Avoriaz himself for its long links to the history of snowboarding and freestyle in Europe as well as their continued dedication to park building and reputation as a centre for snowboarders.

The Stash has been designed so that there are a number of different routes winding in and out of the trees, with a number of obstacles located along the routes as well as obstacles hidden around the area.

The obstacles, including rails, benches and wall rides, are all constructed from wood. As the years have gone by, more obstacles have been added to the park in order to provide more options for all abilities of riders. There is also now a “Baby Stash” over on Super Morzine with small obstacles for young children to take their first steps into freestyle in a safe and friendly environment.

Over the years Burton have used events at the Stash to help raise environmental awareness as well as holding competitions in order to promote snowboarding. The Snowboxx music festival has also held barbecues and contests in the Stash over the past few years. Burton pro snowboarders have also come from around the continent to ride the park during the Burton Stash Gatherings.

To celebrate the anniversary there have been demonstrations explaining how to wax and edge a snowboard, a Stash Gathering contest with barbecue, a chance to try out the new Burton Step On snowboard bindings, a banked slalom race through The Stash – with another barbecue – and a competition for young children in the Baby Stash.

The Stash will no doubt continue to grow and innovate in the years to come as more and more obstacles are added to it and new ideas are used to improve it. The events that continue to be held there show Burton Snowboards and Avoriaz’s dedication to freestyle innovation as well as spreading their environmental message.