How Is Artificial Snow Made? 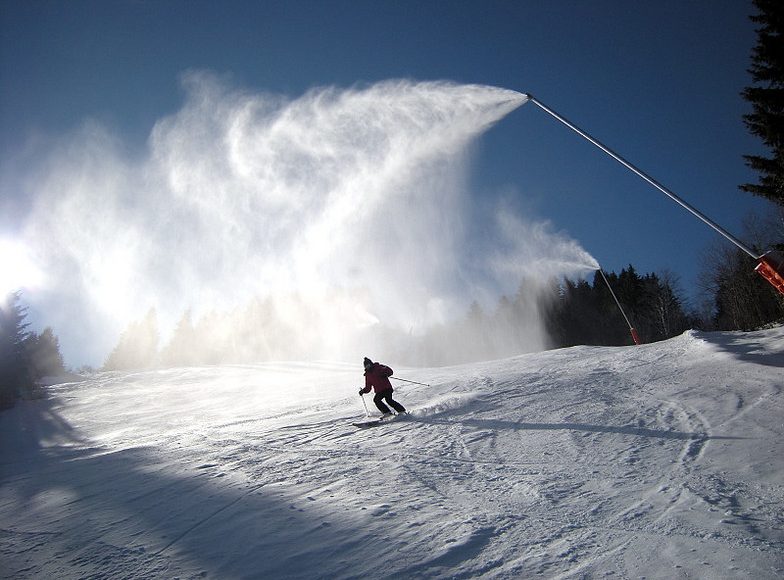 This winter Morzine have begun offering the opportunity to visit the headquarters for their snowmaking operations.

Artificial snow has become increasingly useful over the past couple of years as snowfall has not been at the usual levels. Of course, this has not been the case this winter as the season got off to an incredible start! Nevertheless, the lift companies took advantage of the cold weather to ensure they had a good supply of artificial snow built up in case things started to go wrong – as they did with the heavy rainfall in January.

Snow cannons – the devices used to create artificial snow – were first invented in 1950, by Dave Richey, Wayne Pierce and Art Hunt. Mohawk Mountain Ski Area was the first ski area to use artificial snow from snow cannons in 1952. The use of snow cannons became increasingly widespread in the 1970s and today many ski resorts rely on them.

To begin with, water is pumped from a reservoir to the areas of the mountain with snow cannons, where the snow is needed the most. Nucleating agents are often added to ensure the water forms into the crystals required for snow. When the water arrives an air compressor then forces it out of the cannon, cooling it to the temperature at which snow can form. Some cannons can alter the quality of the snow by adjusting the ratio of air and water.

There are a number of different types of snow cannons, including –

Internal mixing cannons, where the water and air are mixed together in an internal chamber and then forced through jets after which the snow crystals fall to the ground.

External mixing cannons use a nozzle to shoot water and other nozzles to shoot air through the water particles. Nucleators are used to help the combined water and air form into snow crystals.

Fan guns fire compressed air and water into the air where a fan holds it in the air for longer, allowing it to form into snow crystals.

Snow lances are the long, vertical aluminium tubes that you see at the side of the pistes. Compressed air is blown into a stream of water, and as the air expands and cools, forming ice crystals.

Advancements are always ongoing with artificial snowmaking. These days it is even possible to make snow no matter what the temperature is. This could one day lead to summer skiing, or even year round skiing, on the Arare or Fornet areas!